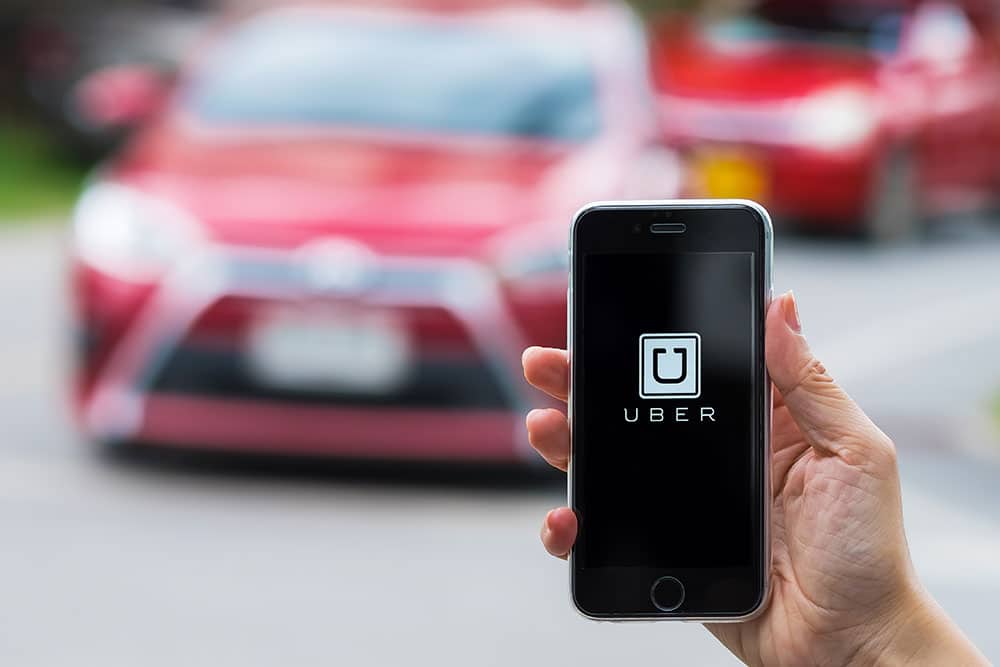 Hailing a ride is easier than ever thanks to the rapid growth of app-based ride-sharing services predicated on amateur drivers with a car and a smartphone. Notwithstanding the popularity of these services, ride-sharing companies continue to face controversy in the transportation industry, with insurance acting as the most prominent issue at play.

Most of us remember trying to catch a cab in variable weather conditions. If we were lucky enough to hail a cab, many of us still had to negotiate with the driver when we arrived at our destination because either the fair meter or the credit card reader was broken. Ironically, cabbies never had the right change. The taxi service was never enjoyable for any of us. It was something we dealt with because there were no alternatives.

The universality of negative experiences of the taxicab industry spawned ride-sharing startup companies like Uber Technologies to create an alternative. Uber is aptly described as a “peer-to-peer” car service that has revolutionized private transportation. Unlike conventional taxicab companies, Uber vehicles are operated by third-party, amateur drivers who use personal vehicles to transport passengers.

Uber is an app-based service that allows people to hail a ride via their smartphones. When they open the app, passengers request a ride. Once a nearby driver accepts the request, the passenger can see the driver’s information, including ratings, and watch the vehicle get closer to the requested location. The app features a GPS-enabled map that accurately predicts fare estimates and arrival times, and sends passengers a text message upon their driver’s arrival. Upon completion of the ride, the app charges the credit card on file and the passenger exits without the need to deal with cash, change, tips, or receipts.

Uber’s innovative business model proved to be incredibly successful. Uber is currently valued at $40 billion, a valuation that doubled in six months and, according to some estimates, is appreciating by $19,839 per minute. The New York Times has reported if Uber were to take just half of the taxi market, it would generate more than $1 billion a year. As far as geographic success, Uber is currently available in more than 254 cities and the company claims its services are available to nearly 64% of the U.S. Population. In terms of drivers, Uber estimates that 30,000 new drivers are being added monthly.

Notwithstanding the unprecedented successes, legal issues have plagued Uber since its inception. Uber has faced lawsuits from existing interests, challenges to their legality, and varying degrees of support or resistance in the community. Throughout the U.S., lobbyists are outraged, arguing Uber should be subjected to the same regulations as taxi drivers. Uber has continued to insist they provide a digital marketplace that connects voluntary third-party drivers with voluntary consumers.

Recognizing the escalating tension, many states have attempted to regulate companies like Uber under existing laws intended for taxis. Other states have recognized that past methods of regulation may be ineffective. Accordingly, Uber has faced lawsuits as well as cease-and-desist notices in cities such as Boston, Pittsburgh, Houston, and New York. In 2014, Chicago taxi drivers took an alternative approach when they collectively sued the City of Chicago for not regulating the industry.

Uber has historically maintained their drivers are independent contractors, thus insulating the company from liability for driver negligence. In support of this argument, Uber cites the lack of company control over drivers and the vehicles they operate. In the legal world, control is the most important factor to consider in the determination of vicarious liability. If Uber is merely facilitating a relationship between drivers and passengers, should the company be responsible for the accident? Who, then, is liable for the damages if an Uber driver gets into an accident?

The issue of insurance has proved troublesome for Uber, largely due to livery exclusions in personal automobile insurance policies. Livery exclusions bar coverage when an otherwise insured driver’s vehicle is being used for commercial purposes. Personal automobile insurance covers drivers for personal use of their vehicles. When their personal vehicles are transformed to “for hire” vehicles, policy exclusions kick in to ensure their insured is not assuming additional, unintended, commercial risks. This necessarily leaves drivers in a gray area between personal policies that exclude coverage for business use and commercial policies that require vehicles be used exclusively for business purposes. This is an uber insurance problem.

Particularly controversial is determining who is responsible for providing insurance during the “gap” period. The “gap” period refers to the time when an Uber driver is logged onto the app and is available to transport passengers, but is not transporting a passenger at the time of an accident. For the first few years of business, Uber argued they were not responsible for insuring drivers who were logged into the app but not transporting passengers. The lack of commercial insurance during the “gap” period therefore left the driver and third-party victims exposed and without coverage.

Complications compounded on December 31, 2013, when Syed Muzaffar, an UberX driver, struck and killed six-year-old Sofia Liu as she used a crosswalk with her mother and five-year-old brother. Sofia’s parents filed a lawsuit against Uber and Mzuaffar, alleging wrongful death, negligent hiring and supervision, negligence, and intentional infliction of emotional distress. In response to the lawsuit, Uber launched a total of 22 defenses, effectively denying liability because Muffazar was within the “gap” period at the time of the accident.

A cursory review reveals that having an app open is not the same as working. In theory, Uber drivers can work as much as they want, accepting or rejecting every fare. drivers could be waiting for the next fare or they simply could have the app open. Alternatively, drivers might leave the app open while running errands in case a passenger pops up en route. Understandably, the concept of “working” is somewhat convoluted.

If Uber is not liable for damages caused by their drivers, what happens to Sofia’s family, who lost their little girl? Muzzafar is a father of four who was driving to support his family. According to all accounts, he carried the state minimum in automobile insurance. Whatever the outcome of this one case, so many questions remain. Uber’s denial of liability shows the dangerous degree of exposure to passengers in accidents unless States enact clear and consistent laws. Something must be done to account for the complexities and uncertainties of Uber insurance problems. The answer could have serious implications, not just for Uber, but the future of transportation.

The Future of Uber

Following the tragedy in San Francisco, the issue became a lightning rod for controversy and debate. In response, the California Public Utilities Commission (CPUC) re-examined insurance requirements and signed into law Assembly Bill No. 2293, instituting a number of new requirements for ride-hailing companies such as Uber. Before the new law took effect, Uber unilaterally became the first company to cover the “gap,” when it announced a new insurance policy in March of 2014. Under Uber’s new policy, drivers are covered by a contingent liability policy with $50,000 individual, $100,000 total, and $25,000 for property damage. The policy is activated when a driver’s personal insurance is no longer applicable, when the driver has turned on the Uber app, and before Uber’s $1 million commercial policy kicks in, which covers Uber drivers en route to make a pick-up and when drivers have passengers. Otherwise stated, Uber will accept liability only when the driver’s personal insurance does not cover it first.

The national landscape concerning the legality of Uber has been a hodgepodge mix of success. Colorado took a liberal approach when Gov. John Hickenlooper signed into law a bill that officially authorized ride-sharing services. According to Gov. Hickenlooper, “Colorado is once again in the vanguard in promoting innovation and competition while protecting consumers and public safety.” Colorado’s law requires that either drivers carry passengers on their personal insurance policy or that Uber provides insurance coverage with maximum payouts of up to $100,000 per incident during the “gap” period.

Oregon and Washington have enacted the most rideshare friendly laws, where citizens have a legal right to rent their private vehicles for rideshare purposes and insurance companies are prohibited from dropping an insurance policyholder simply because he or she did so. Notwithstanding this liberal addition, Uber must still retain commercial insurance policies to cover personal vehicles while in commercial use. In contrast, Illinois Governor Pat Quinn vetoed similar legislation, affirming the one-size-fits-all approach is unreasonable and that the best way to handle Uber is on the local level of government.

In the past five years, Uber and other rideshare companies have generated both huge market valuations and fierce regulatory contests throughout America. The complacent taxi industry, as well as labor and neighborhood activities, pushed back with regulations stifling or banning their entrance into the market economy. Through perseverance, however, ride-share companies have fought back, using their popularity with consumers as they lobbied for freedom to operate without governmental interference.

The regulations of Uber and other ride-share services will continue to be a controversial topic into the future. As so many people ride with these ride-sharing companies, it is important we understand the significance of this topic. I do not anticipate we will be discussing Uber insurance problems five years from now.