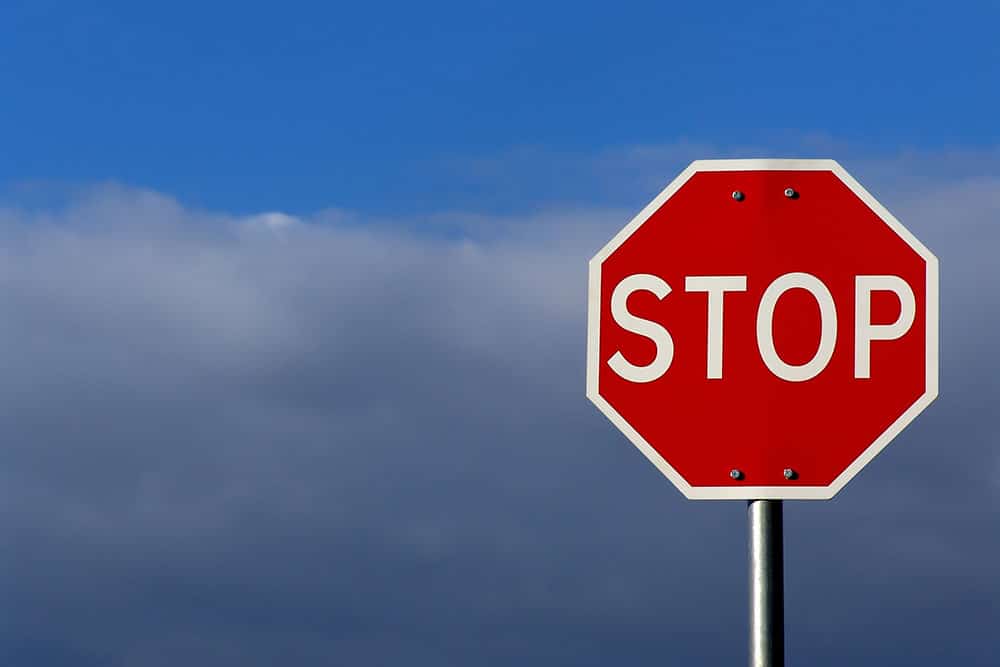 Drivers are required to come to a complete stop and yield the right-of-way at any posted stop sign.

Why Do We Have Stop Signs?

Stop signs are designed to manage traffic and foster safety on the road. The vast majority of drivers seem to adhere to the rules of road but there are times when others who fail to stop, sometimes resulting in car accidents that cause serious injuries or even fatalities. Drivers accept huge risks when running a stop sign that not only include other motorist, but include pedestrians, bicycles, and animals.

Who is at Fault Following an Accident at a Stop Sign?

The requirement that drivers stop when approaching a stop sign is set forth in Colorado’s traffic statutes, which carefully dictate the legal obligations of drivers who approach vehicle control signs and signals. The law sets forth the specific point at which approaching driver must stop, which is either a marked stop line before a marked crosswalk or before entering the intersection that does not have a painted crosswalk.

While it may seem evident a driver who causes a car accident after failing to honor a stop sign is at fault, it remains the victim’s legal burden to prove the facts and circumstances relevant to liability. This may require the victim to show the stop sign was visible and that the at-fault driver should have seen the stop sign and stopped but failed to do so. If the stop sign is obscured by foliage or other signs, it is important for the alleged tortfeasor to photograph the intersection at or near the time of the car accident and to identify any parties responsible for maintaining the area where the sign is placed.

Unfortunately, some drivers disregard their own safety and the safety of others because they are in a hurry or distracted while driving. In these situations, they may not even realize they failed to stop at an intersection with a posted stop sign. Research indicates there are a handful of common reasons drivers run stop signs, including: