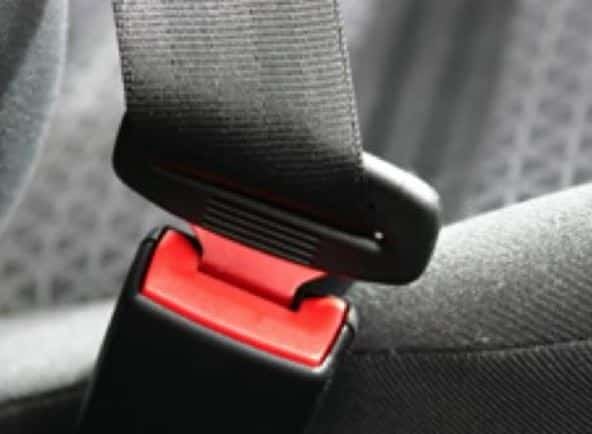 Each year, traffic accidents take the lives of approximately 1.2 million men, women, and children around the world, and serious injure millions more. According to the National Highway Safety Administration (“NHSA”), car accidents continue to be the leading cause of death in the United States. While new technology for vehicles increases each year, seat belts continue to be the single most effective feature to reduce the severity of injuries that result in car crashes.

Failure to use a seat belt is a major risk factor for traffic deaths and injuries. In 2018, for example, the Colorado Department of Transportation estimated 215 unbuckled drivers and passengers were killed in crashes in the State, accounting for more than half of the 410 total passenger vehicle deaths.

What Statistics Support Seat belt Use?

According to the National Safety Council, seat belt use has risen over the past several decades to around 90% in recent years.

How do Seat Belts Work?

While traveling in a motor vehicle, a person’s body is moving at the same speed as the vehicle. A car accident may stop the vehicle, but it does not stop a person’s body, which continues with forward momentum. A seat belt prevents a person’s body from flying out of the front windshield by locking it in. Seat belts use a three-point system, which has the shape of the letter “y.” Upon impact, the seat belt disperses a person’s momentum into the chest, shoulders, and pelvis. While this may leave a person sore and bruised (depending on the speed a person is traveling), it does keep the person in his or her seat.

What are the Benefits of Wearing a Seat Belt?

The most obvious benefit of wearing a seat belt is that it keeps an occupant in his or her seat during a collision. This, in turn, ensures to keep the person inside the vehicle during a crash but it also prevents the person from colliding with the dashboard, steering wheel, windshield, or any other component of the vehicle. Moreover, the seat belt disperses the force a person absorbs from the accident into more durable areas of that person’s body.

In addition to the foregoing, a seat belt will help a person’s body slow down during an accident. Sudden changes in speed are a common cause of injury so seat belts help slow a person’s body down. This greatly reduces the risk of suffering whiplash or other serious injuries. Both head and spine injuries can be fatal, leave a person impaired for life, and/or cause a difficult recovery process.

What are Common Myths Surrounding Seat Belt Use?

Colorado Revised Statute 42-4-237 highlights “every driver of and every front seat passenger in a motor vehicle equipped with a safety belt system shall wear a fastened safety belt while the motor vehicle is being operated on a street or highway in this state.” Drivers are required to wear seat belts, with the exception of specific types of jobs, including ambulance personnel and mail carriers, who require exemptions to perform their duties. According to CDOT, children under the age of 15 must wear seat belts or be in an appropriate car seat at all times. Passengers who are over the age of 15 can use their discretion on whether to use a seat belt in the backseat.