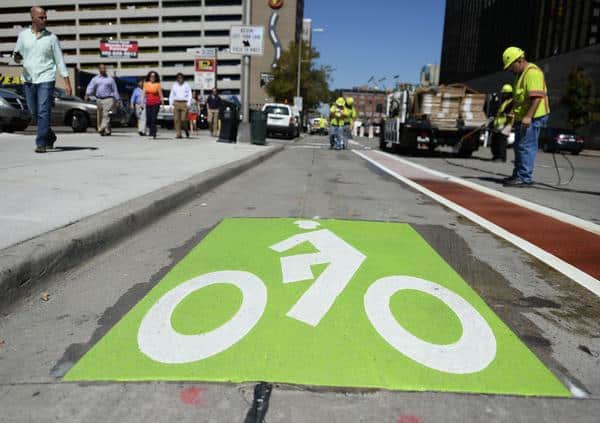 With an influx of new cyclists in Denver, some motorists have started acting aggressively, resorted to honking, yelling, and throwing objects. The idea of coexisting is often difficult to swallow for many drivers and their cavalier attitude has led to even greater tragedies. Fortunately, there is hope of a brighter tomorrow thanks to the new bike lanes in Denver.

Unfortunately, most roads were not constructed with cyclists in mind. In Denver, for example, the roads were built to have parking on each side. This has created a great deal of confusion because cyclists in Denver are allowed to travel in all lanes of traffic. Motorists were never clear where to expect cyclists to be traveling.

In the spring of 2014, however, dedicated bike lane in Denver opened along 15th Street in Denver, pushing all non-motorized-two-wheeled traffic to the left side of the busy cross-town route. The new bike lanes in Denver has been dubbed the “15th Street Bikeway Pilot Plan,” designed to keep bicycles out of fast-moving traffic going through downtown Denver.

The dedicated lanes, buffered with a brick-colored strip, will run from Cleveland Place to Larimer Street. Although the initial days of the project will likely be confusing for many cyclists and motorists, the cycling community is supportive. According to BikeDenver executive director Molly North, “it’s a really great illustration of a coordinated effort to prioritize bicycling as a viable mode of transportation.”

Hopefully, as this project gains speed, motorists will come to appreciate the significance of cyclists. Hopefully, “Share the Road” will no longer equate with “Get the Hell out of my Way” to the uninformed motorists. The Denver personal injury attorneys at Bowman Law welcome the new bike lanes in Denver!