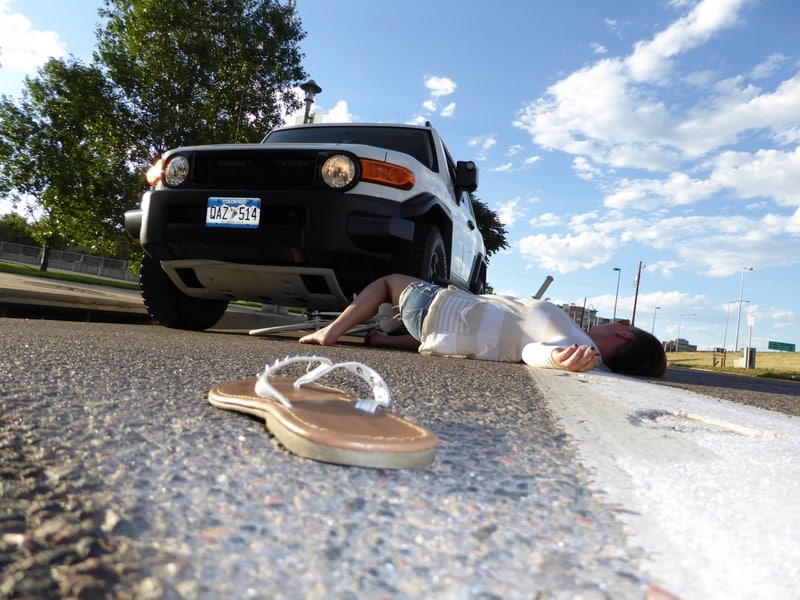 Cycling is a popular form of recreation and transportation, making up 15% of all trips taken in the U.S. Unfortunately, as the popularity of cycling has increased, so too have the risks, as evidenced by the national bike fatalities increasing yearly. In 2013, 743 cyclists were killed in traffic crashes and over 48,000 were injured.

A lot of bike safety research has been conducted in recent years. Much of this literature tends to focus on the outcome of accidents in terms of morbidity and mortality. Very little research has attempted to conduct a multi-variate analyses of factors associated with the likelihood of an accident occurring. This article is aimed at identifying common characteristics of bicycling accidents, relying on the most recent data published by the National Highway Traffic Safety Administration (NHTSA) to discuss demographic, geographic, and temporal differences of the victims of bike accidents.

One of the classical studies on bicycling safety, conducted by Rodgers (1995), examined gender differences in riding and reported injuries. The study concluded female cyclists accounted for almost half of the estimated annual riding time. The similarities in riding behaviors between the sexes has not changed over time. Out of an estimated 100 million bicycle users in 2013, half were reported to be men.

Interestingly, the large proportion of cyclists killed annually are men, accounting for 75 percent of cyclist fatalities each year. In 2013, for example, 645 men were fatally injured while riding bicycles compared to just 97 women. Further, over 40,000 men were injured in 2013 compared to just 8,000 women. The Rodgers study concluded the over-representation of male injuries and fatalities was due to the fact men ride in more dangerous situations and engage in riskier riding behaviors than females.

The average age of fatally injured cyclists in crashes has increased significantly in the last decade. Cyclists between the age of 55-59 had the highest fatality rate based on population (4.86 per million). However, the highest injury rate occurred in the 20-24 age group (3.76 per million). An analysis of this information shows that fatality risk increases steadily with age, with cyclists over 65 years of age being more likely to be fatally injured than cyclists from other age groups.

Operating a bicycle requires higher psychomotor skills than driving a car. There is no doubt bicycling performance is significantly impaired when a person has a blood alcohol content (BAC) of .08 percent. With even just a small amount of alcohol, a person can experience impairment of simple processes of relatively uncomplicated tasks and understanding. In fact, research has shown neuromuscular responses may be impaired at a BAC as low as .04 percent, adversely affecting a person’s cognition, attention, judgment, and reaction.

Helmet use reduces the risk of head injury, brain trauma, and upper face injuries. Some studies have shown that head injuries cause the majority of cyclist fatalities. Each year, approximately 900 people die and 500,000 others treat in hospitals as a result of bike accidents. Of the cyclists who present to the hospital, 40% suffer from head injuries.

Proponents of mandatory helmet laws point out helmets reduce the risk of head injuries by 85%. The magnitude of the protective effect was instrumental in helping 21 states pass laws requiring helmet use for children of various ages. While no state currently requires adults to wear bike helmets, the initiative is out there. As it relates to the available data, the above-chart shows that 63% of cyclists killed in 2013 were reportedly not wearing helmets. It is important to state that while each of these separate categories adds unique information to the understanding of bike safety, there is considerable overlap.

As an increasingly urban phenomenon, biking fatalities in cities with larger populations account for 68% of all bike fatalities in 2013. Six states (California, Florida, Illinois, New York, Michigan, and Texas) represent 54% of all fatalities. This should not come as a surprise, considering the larger populations of these states and the fact there are more urban areas with higher concentrations of cyclists and motorists sharing the road. Some studies have shown that the most common bicyclist contributing factor to an accident is failure to yield, which represents approximately 23 percent of all crashes. Riding against traffic represents 15 percent of all crashes while stop sign violations represent about 8 percent. The condition of the bicycle was found to be without defects in over 90 percent of all cases. In addition to geographic area, most cyclist deaths tended to occur more frequently in the afternoon and evening hours. The fewest fatal crashes occurred from midnight to 6:00am.

In an effort to help educate our readers regarding their own respective, State, please consult the info-graphic below. The map is responsive so feel free to identify information relating to bicycle fatalities.

​Various governmental and non-governmental organizations should focus on educating the public regarding bike safety. Unfortunately, the variations in regulations between the States are confusing, particularly because they are not well publicized. It is important readers understand the laws of their respective States. As a primer, however, here are the basic Rules of the Road for cyclists.

Cyclists are required to comply with the laws and regulations that govern all vehicle operations and interactions on public roadways. Unfortunately, state laws vary considerably, beginning with the definition of a bicycle. The Uniform Vehicle Code (UVC) defines a bicycle as a “vehicle propelled solely by human power upon which any person may ride, having two tandem wheels except scooters and similar devices.”  Some states adopted the UVC definition without modification while others have modified the definition. Some states, for example, specify a bicycle must be propelled by pedals (Colorado, Delaware, North Carolina, Pennsylvania, Tennessee, Virginia, and West Virginia) or a system of belts, chains, and gears (California and New York). In Florida and Montana, bicycles may be propelled with the aid of a motor. Delaware, Michigan, and Minnesota all include unicycles in their definition of bicycle.

The People for Bikes reported that, by summer 2014, protected lane projects were on the ground in 53 U.S. cities and 24 States. The U.S. now has more than 200 protected bike lanes, quadruple the number in 2010. Cyclists should familiarize themselves with all of the bicycle Rules of the Road in their respective geographic areas. Just to name a few, cyclists should follow traffic signals and lights, signal turns, ride in a single file line when riding with others, and anticipate the actions of other drivers.

Do Not Ride Two Abreast

Cyclists have duty to keep a proper lookout and exercise due care. They must ride with an awareness of what is happening around them. Cyclists do not have a legal duty to anticipate a motorist’s illegal maneuver but they are required to be cognizant of their surroundings. Understanding their environment can help them respond to potential hazards before they turn into collisions.

Automobiles are 20 times the size of bikes and a 1,000 times heavier. It is sometimes the case that motorists do not see cyclists on the road. In fact, “I did not see him” is the number one excuse drivers make when they collide into a cyclist. When a cyclist enhances conspicuity, they significantly reduce the likelihood of collision with an inattentive driver.

When riding at night or in other low light conditions, such as fog or heavy rain, most States require cyclists to equip their bike with lights and reflectors. Failure to do so could be used as evidence of negligence. Keep in mind, however, cyclists are not legally required to ride with lights on during daylight hours. That being said, doing so could also increase the chance of being seen during the day.

Many intersection crashes appear to be due to bicyclists coming from unexpected directions. This may be due to the cyclist riding against traffic or in a bike lane that intersects the roadway. The limited research available suggests some methods to reduce intersection crashes without redesigning intersections. Stop signs or traffic signals need to be clearly visible to both motorists and cyclists. As an extreme measure, raising the bicycle crossing to create a form of speed hump effectively may slow motor vehicles while increasing the safety of cyclists. Finally, technological advances may offer increasing possibility to address bike safety. Motion detectors may be able to distinguish bicycle and motor vehicle traffic and adjust traffic signals accordingly.

Although intersections represent a relatively minor portion of a cyclist’s travel route, they are where a cyclist is most at risk of getting hit by a motor vehicle or otherwise involved in an accident. Cyclists should take safety precautions whenever approaching and riding through an intersection. In addition, cyclists should really focus on avoiding riding on high traffic roads. The most direct route to a destination is often not the safest because more vehicles will also take that route.

Do Not Drink and Ride

There is nothing cyclists can do to control a driver’s intake of alcohol. However, cyclists can control the times they ride, taking cue from sober drivers by avoiding the roads at times when drunk drivers are more likely to be on the road. While this does not guarantee cyclists will not encounter a drunk driver, the odds can be greatly reduced. A factor all cyclists can control is their own consumption of alcohol. If a cyclist has been drinking, they should skip the ride home. Cycling fatalities related to alcohol also include collisions in which the cyclist was over the limit.

Approximately 70 percent of fatal bicycle crashes are due to head injury but yet only 20 percent of cyclists wear helmets. Some estimates show that if every child between 4 and 15 years old wore helmets, as many as 45,000 head injuries would be prevented each year. Issues regarding bike helmet use laws in America are similar to those regarding motorcycle helmet or seat belt use laws. A law can be passed only by popular political support. Regardless, a helmet use law by itself would be unsuccessful if riders did not wear the helmet thereafter.

The problem is that enforcement rates differing starkly among the states. The lack of adequate enforcement is a common concern regarding bicycle helmet laws. Some studies have shown that legislation in conjunction with education is more effective in increasing helmet use rates than education alone.

Bicyclist Safety Must be a Priority

The community at large has the ability to achieve massive reductions in injuries and fatalities among cyclists. Notwithstanding the information presented herein, cycling can be safe and is very beneficial. Could cycling be safer? Absolutely. A large proportion of accidents could be prevented if cyclists stop riding under the influence of alcohol, riding against traffic, riding on sidewalks, riding in the dark with no lights, and riding away from stop signs in front of cars. The reality is that cyclists who obey the fundamental traffic laws are roughly three times as safe and three times less likely to get into an accident.

We hope this article sheds some light on some of the issues of cycling. With a more cognizant cycling population, we should see a safer community. It is up to all of us to ensure the safety of each other. Please share this article!