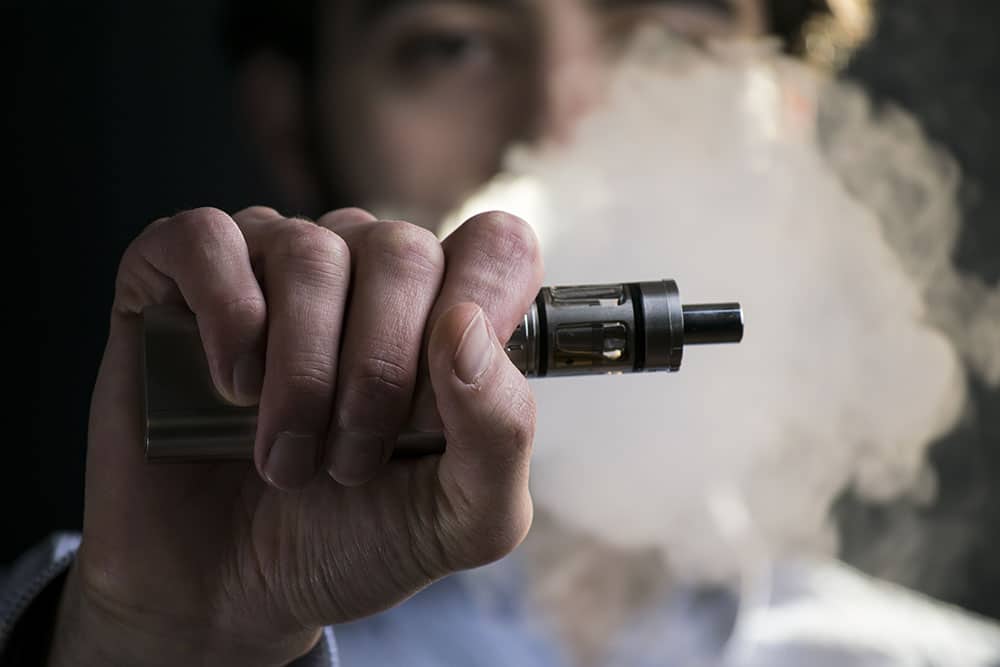 Electronic cigarettes (“e-cigarettes”) were first introduced in U.S. markets in 2007 and have since gained popularity at incredible speed, currently selling $2.2 billion annually. Unfortunately, this success is not without controversy. According to a recent report from the U.S. Fire Administration (USFA), e-cigarettes carry unique risks of fire and explosion. With headlines surfacing almost daily, we are left asking if e-cigarettes are self-destructing time bombs?

E-cigarette use is climbing exponentially among adults and teens. In fact, according to the Centers for Disease Control and Prevention (CDC), nearly 13% of U.S. adults have tried e-cigarettes at least once and nearly 4% are regular users. Among high-school students, current use nearly tripled between 2013 and 2014, to more than 13% of teens using e-cigarettes. Users contend they are safer than traditional products because they do not burn, which produces the toxins in regular smoke.

Other problems have surfaced in recent times however. Similar to most products in today’s technologically driven world, e-cigarettes use lithium-ion batteries. Unlike laptops and cellphones, however, e-cigarettes have a greater potential to fail because they do not have built-in safety features. While it is not clear how often e-cigarettes fail, the Federal Emergency Management Agency (FEMA) identified 25 reports from 2009 – 2014. According to FEMA, 80% of e-cigarette explosions occur when the device is using charger not sold with the battery.

Notwithstanding the fact most incidences occur while the device is charging,reports have identified incidences when e-cigarettes have exploded in user’s hands, pockets, and mouths. In recent months, three men were hospitalized after sustaining burns to their faces and mouths. A Colorado Springs man broke his neck, lost teeth, and suffered burns and facial fractures when his e-cigarette exploded in his mouth. A 15-year-old California boy lost half a dozen teeth in a similar mishap more recently. In another case, a Tennessee teen is recovering from the severe burns caused when an e-cigarette caught fire in his pocket.

There have been numerous media reports of exploding e-cigarettes recently. While reports are becoming more popular, a recent surveillance video from a gas station in Owensboro cause the event on camera. The incident, which happened last week at a Shell Gas Station, caused the victim third-degree burns.

As more and more incidents are reported, the question is whether manufacturers of e-cigarettes may be found responsible under the legal theory of product liability. Under this theory, a manufacturer may be liable for injuries suffered by users if a product has a flawed design or if the product was manufactured incorrectly. A design defect occurs when a product works according to plan and designed according to specifications, but the design itself is unreasonably dangerous. “Unreasonably dangerous” refers to any situation in which the use of a product exposes a consumer to a risk of physical harm to an extent beyond that contemplated by the ordinary consumer.

In addition to flawed design, manufacturers could be found responsible based off of a duty to provide adequate warnings. Specifically, manufacturers have to warn against risks they have or should have knowledge and that may render the product unreasonably dangerous for its intended purpose in the absence of adequate warnings. A failure-to-warn claim alleges that the product is unlawfully dangerous unless accompanied by sufficient warnings or instructions.

While there are many ways in which a product can warn, warning labels attached to the product are a traditional method of fulfilling this duty. While not the exclusive method of providing a warning, labels are one of the most effective in communicating potential danger. This is especially true when the label is attached directly to the product. Important for this discussion, a warning label stays with the product even after transfer to subsequent users. This assures the subsequent users are also warned.

For a product to contain a hidden defect, it must have a defect that creates an unreasonably dangerous condition that is not readily apparent. Because e-cigarettes are not considered medicine or tobacco products, they are not subject to the labeling and warning requirements. In one case based off of this theory, a plaintiff alleged an e-cigarette battery exploded while she was charging it in her car, sending shrapnel and setting fire throughout her vehicle. After suffering second-degree burns on various parts of her body, the injured victim sued the distributor, wholesaler and retailer. The distributor claimed the charger must have provided 5 volts or more to the device while charging, and the company warned not to charge the devices with more than 4.2 volts. The plaintiff alleged there was no warning until after the injury. The jury’s award included payment for future medical costs, past physical pain, mental suffering, loss of enjoyment of life and other non-economic losses.

As e-cigarettes become increasing popular, there is a valid reason to be concerned over the safety of these products. Strict manufacturing controls and clear and accurate labeling will go a long way to help reduce the exposure to suits arising from the use of these products.