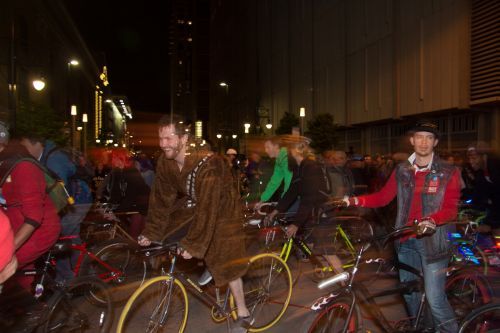 There is a wide disparity in Biking Under the Influence (BUI) laws in the U.S. South Dakota makes BUI legal to encourage people not to drive. California criminalizes BUI. The offense carries a $250 fine and is considered less serious than DUI. In Washington and Arizona, police can stop cyclists who appear to be intoxicated and transport them to a safe place, but they cannot arrest them. This blog addresses the differences in BUI laws.

Colorado is similar to a lot of other states in that the legislature criminalizes the operation of any vehicle under the influence of or impaired by drugs or alcohol. Importantly, a vehicle is defined as “a device that is capable of moving itself, or of being moved, from place to place upon wheels or endless tracks.” Intoxicated cyclists are therefore subject to the same criminal penalties as motorists which can include jail time and significant fines.

So what’s the big deal? Alcohol impairs vision, judgment, muscle coordination, and other critical skills necessary to engage in any complex activity. In fact, research has shown that approximately 25% of bike deaths have involved an intoxicated rider. Research has also shown that alcohol use has a strong correlation with head injuries and that impaired riders were shown to be less experienced, less likely to have medical insurance, rarely wore helmets, and were more likely to ride at night. Beyond the dangers caused by alcohol, therefore, it seems intoxication is associated with behaviors that otherwise increase the risks of injury.

The risks of a serious brain injury or death as a result of an accident is very real. Unfortunately, nothing can be done to reverse the damage caused by severe impact and trauma to the brain. Therefore, as summer approaches and residents of Colorado dust off their two-wheel modes of transportation, it is important to remember the dangers associated with drunk cycling.

Notwithstanding the exceptional toll bike injuries can have on victims, I also believe the potential harm of cycling intoxicated is not readily comparable to the well-documented dangers of BUI. Increased bicycle use in Colorado does not mean cyclists should be crammed into the pre-existing framework for motor vehicles.  Bicycles are not two-ton hunks of steel and glass capable of reaching triple-digit speeds cruising down I-25 alongside thousands of other vehicles. The intoxicated cyclists who ride an otherwise unoccupied Cherry Creek Bike Path are more likely to hurt themselves than anyone else. The reality is that drunk cycling poses a lesser risk to the general public. Thus, although we all see the dangers involved in riding drunk, biking under the influence should be recognized as a distinct public policy issue that deserves its own solution.

Failing to follow appropriate safety precautions and safety laws can expose cyclists to serious injury and can make it more difficult to receive adequate compensation following an accident. Under the legal principle of comparative negligence, damages can be eliminated or reduced if a cyclist is responsible for causing his own injuries or making them worse.