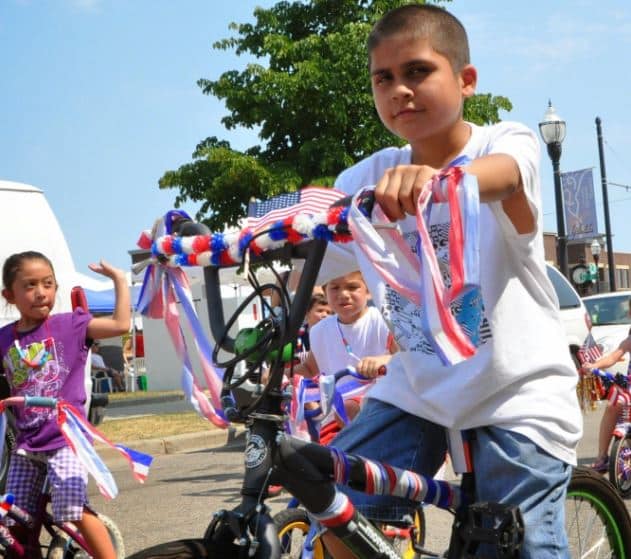 I remember biking when I was 5 years old. I learned to ride at night with a moon guiding my route while my dad held my seat for balance. It did not take long before I was pedaling around the neighborhood. To this day, cycling remains one of my favorite activities. As an adult cyclist, however, it is important to understand what happens after a bike crash.

Our Denver bike accident lawyers have seen the effects of combining cyclists who ignore the rules of the road with road raging motorists. It is true some drivers do operate with very little concern for cyclists. In fact, some people tend to drive more aggressively when they come upon a cyclist because they do not realize riders and drivers are supposed to share the road.

Unfortunately, this can lead to serious problems, as cyclists are largely unprotected from injuries. Except for helmets and a very thin layer of clothing, most of us ride hoping motorists will operate their vehicle safely with all other road-users in mind. We do not think about what happens after a bike crash. The results are mixed. Sometimes, traffic moves in a seamless fashion, almost as if motorists want to co-exist. Other times, however, a cyclist faces serious injuries or even death because some driver does not want to share the road. In this blog, we offer are some important steps to take after a bike crash in Denver.

After a bike crash, it is important for you to report the collision to the police. Even if you do not think you are hurt or your bike does not appear damaged, you should always file a police report. If symptoms develop a few days or weeks following a crash, a police report will go a very long with in helping you gain credibility with the at-fault driver’s insurance company. If you do not report the accident, the insurance company may not believe the accident really happened. Or, worse yet, the at-fault driver may change his story once you decide you want to file a claim.

Remember, when you have been in a crash, you may experience a sense of adrenaline surge or you may even be in shock. Accordingly, you may not realize the extent of your injuries until later. Similarly, it is not easy to identify how much damage is done to your bike. Many bicycles in today’s world are made of carbon fiber. It is nearly impossible to determine the extent of damage just be a visual inspection. If you later realize your bike’s frame was damaged when a bike shop inspects it, you may find it difficult to have the at-fault driver’s insurance company to pay.

If police do present to the scene after a bike crash, the traffic accident report will document important facts about the incident, such as road and weather conditions as well as eyewitness information. Regardless of whether the report contains eyewitness information, you should write down the names, addresses, and telephone numbers of any witnesses. While some reports may contain a diagram of the scene, some officers conduct superficial investigations.

Do not Apologize or Admit Fault

It seems commonsensical but never make a statement of fault or apologize after a bike crash. Even if you believe you caused the crash, it is not appropriate for an assessment of fault to be made at the scene, before the whole sequence of events has been analyzed. If another party to the crash makes a statement about his fault, remember the statement and even write it down.

Preserve the Condition of Your Bike

Do not fix your bicycle after a bike crash. The bike damage is evidence. Altering the evidence could compromise your rights. The bike damage may prove how the crash occurred. Also, before the at-fault driver’s insurance company pays for property damage, it may insist on inspecting your property. This not only includes your bicycle, but any other property damaged in the collision, including your helmet, clothing, shoes, sunglasses, lighting, and even your phone. You may risk non-payment if you do not allow the insurance company the opportunity to inspect the damaged property.

If you have the chance, you should also carefully photograph your bike in its exact condition after the collision. Do not leave your damaged bike outside or in some storage place where its condition deteriorates. Keep it in storage or at a bike shop with strict instructions that the condition shall not be disturbed. At the risk of sounding redundant, remember to keep everything the way it was after the crash, even if it is soaked in blood and smelly.

Report the Crash to Your Auto Insurance

If the bicycle crash involved a vehicle, you may be entitled to receive certain benefits from your own car insurance. Try to obtain a copy of your insurance policy to ensure coverage. If necessary, speak with a bike accident lawyer in Denver to see if you are covered. Do not, however, speak with the other party’s insurance company about the accident or your insured. Moreover, do not allow any insurance company to record you because anything you say can be used against you later on.

In a bike v. auto crash, the investigating police officer will usually take information from all parties, including insurance coverage. This information will be placed in the written crash report. If the crash involved a dog, it is necessary for you to discover the owner of the dog and information about the owner’s homeowner’s insurance. If the crash was caused by a dangerous condition, such as a bridge grating or loose drainage cover, you have to find out who is responsible for the property and report it to your Denver personal injury attorney.

You should make sure you document your physical conditions and injuries. If you have to wear a cast, use crutches, or wear a splint, keep the items and have someone photograph you using them. Consider writing a diary of all the activities you cannot perform as well as the aches and pains you feel. Too often, accident victims fail to keep a diary and forget about all the issues they went through. Informing an at-fault driver’s insurance company of everything you went through can increase the value of the case.

When you are able to do so, make sure to take photographs or even a videotape of the place where the crash happened, even if there are no markings on the road that suggest a crash occurred. Roads are resurfaced, widened, and new signs put up all the time. The conditions of the road when you had a crash may be changed by road construction shortly thereafter. Accordingly, get photographs before the crash scene changes.

If there are marks or debris left by the collision, photograph it all. During the first rain storm, most marks will be washed away. Unfortunately, as briefly mentioned above, police officers often do a subpar job of identifying marks, unless the crash involves death or very, very serious injuries.

Do not Ignore Traffic Citations

If you were issued a traffic citation while riding your bicycle, you have more choices than just paying the ticket. In another case I worked on last summer, my client was struck by a vehicle that turned in front of her illegally. She sustained very serious injuries as a result of the hit and run. When she awoke at Denver Health, she found a citation issued to her for Failure to Yield. If she hadn’t spoken with me, there is a good chance my client would have simply paid the ticket. After speaking with me, however, I went to court for her and got the charges dismissed and subsequently filed a claim under the Uninsured Motorist Coverage of her parent’s automobile policy.

Discussing your accident and/ or injuries on any social media site will always hurt your claim. A resourceful claims adjuster or defense attorney may use your posts to obtain information regarding you or your claim which could be potentially harmful. For example, your site might be scoured for photographs posted after your accident so as to evaluate how active you can actually be. These photographs can misinterpreted. Alternatively, you might write to a friend that you are recovering nicely from your injuries. While providing an optimistic, and not necessarily a realistic, portrayal of your recovery, the private contents of your social networking sites may be subject to the subpoena power of the courts and the courts may insist you disclose the information to the opposing party to your claim. It is absolutely imperative for you to understand that everything you post on such a site will most likely be seen by the insurers or attorneys fighting your claim.

Crashes may have ramifications in traffic court, criminal court, or civil court. There are deadlines on most claim with which you must comply or your rights could be terminated. For more information, contact our Denver bike accident lawyers today at 720.863.6904 or email us for your free consultation. Our lawyers handle a wide range of personal injury cases, including Motor Vehicle Accidents, Bicycle Accidents, Pedestrian Accidents, Slip & Fall Accidents, and Dog Bites & Attacks. We service Arvada, Aurora, Boulder, Broomfield, Denver, Commerce City, Lakewood, Littleton, Thornton, Westminster, Wheat Ridge, and other parts of metropolitan Denver, Colorado.