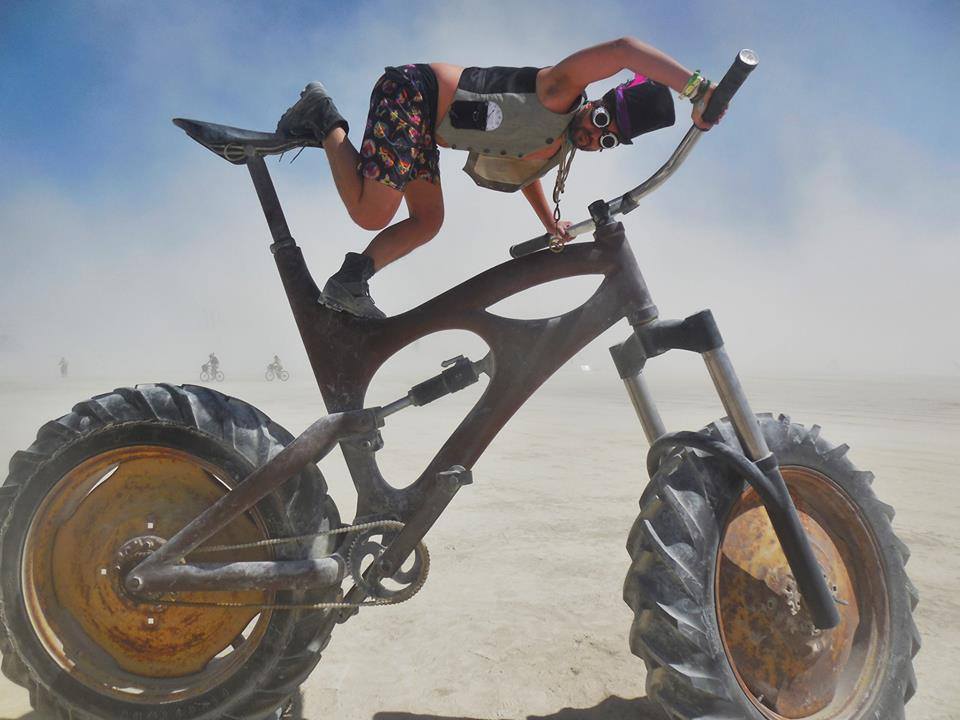 After a brief hiatus, New Belgium’s Tour de Fat makes a triumphant return to Denver on August 25. As many cyclists gear up for a fanciful celebration of bikes, beer, and music, our Denver bike accident law firm would like to take a moment to discuss bike safety.

The Tour de Fat, now in its 19th year, is a traveling beer, music, and bicycle festival designed to raise money for non-profits, celebrate bicycles, and be highly entertained with music, comedians, and costumes. To date, the Tour has raised over $5 million for local nonprofits, including Bike Denver and Denver Cruiser Ride.

Bike Denver provides advocacy, education, and community engagement to help make Denver safer for cyclists. They are also a leading member of Denver’s Vision Zero Coalition to eliminate traffic fatalities and severe injuries. The Denver Cruiser Ride hosts a weekly ride aimed at introducing cyclists to the art of having fun on a bicycle.

While the parade has been put on hold this year, New Belgium Brewing has put together a fantastic ensemble of comedians and world-class musical talent for participants to enjoy this Saturday, August 25, from 12:00pm to 5:00pm at Sculpture Park at 1736 Speer Boulevard, Denver, Colorado 80204.

The Tour never disappoints with its over-the-top costumes and whimsical pageantry; but it is important to remember cyclists are subject to Colorado law and, more explicitly, the Rules of the Road. In an effort to make this weekend more memorable, the Denver bike accident law firm of Bowman & Chamberlain, LLC, offers the following tips.

The Rules of the Road

Some motorists grow infuriated because of cyclists on the roadways. The most significant reason why they are upset is because of predictability. More explicitly, they simply cannot know what a cyclist is going to do when they encounter a red traffic signal or stop sign. Cyclists must be cognizant of the fact they have to comply with the Rules of the Road just as motorists do.

Cyclists dangle the fragile meat and bones that constitute their bodies in front of a 3,000 pound car or a 25,000 pound bus, hoping neither nicks them because the results would be catastrophic. A bike weighs less than 25 pounds and does not wrap around the rider. Further, there are no seat belts or airbags. Cyclists do not have crumple zones. Their bodies are their crumple zones.

Ignoring the Rules of the Road can be seriously dangerous, if not deadly. The laws were passed to help make commuting more convenient for everyone. The red light that is stupid to run at rush hour is equally as idiotic to run at three in the morning. There is no difference between riding along a deserted sidewalk instead of one crowded with pedestrians for miles.

Colorado defines a bicycle as a vehicle and while that may not sound like a big deal, it means quite a bit. Cyclists are subject to the same laws as motorists. Accordingly, bicyclists in Denver are just as liable behind the handle bars as they are behind the wheel. Accordingly, if a cyclist has a BAC between .05 and .08, an officer can issue a citation for driving a vehicle while impaired by alcohol. If a cyclist has a BAC over .08, they can be cited for driving under the influence. Both charges are misdemeanors, with up to a year in jail and fines upwards of $1,500.00. Of course, this does not even include probation, community service, and alcohol education classes.

When riding a bike while impaired or under the influence, cyclists are putting themselves and those around at risk. Therefore, if you gussy up your bike and hit the parade before having some celebratory drinks at the sculpture park on Speer, strongly consider locking it up and calling a Lyft instead of riding home. It will be a lot cheaper in the long run.

Be Safe, Gear Up

Colorado law also has specific requirements for being visible on a bicycle. During the times “between sunset and sunrise and at any other time when, due to insufficient light or unfavorable atmospheric conditions,” cyclists are required to have a light that can be seen from 500 feet in the front, a reflector that can be seen for 600 feet behind, and reflective material that allows cyclists to be seen from 600 feet on either side. This is especially important in Colorado, because “unfavorable atmospheric conditions” (rain and hail) can come out of nowhere. It is best to always be prepared with a front light, a rear light, and a light rain jacket with reflective material.

While lights help other road users see cyclists, they are also necessary for the cyclist to see their path as well. Streetlights might be enough at times for a rider to navigate a path but there are not nearly enough lights to illuminate every single pothole or sewer lid. Bike lights will help cyclists see their paths.

Colorado law does not require helmet use but cyclists should strongly consider what life would be like without a helmet. The Center for Disease Control and Prevention reports that in 2015 over 1,000 cyclists died and over 400,000 people were injured in bicycle related accidents. Wearing a helmet can drastically reduce your chances of dying or being seriously injured while riding a bike.

There are cyclists who will refrain from drinking this weekend because they understand how alcohol impairs their ride. Even if a cyclist is sober, cyclists need to be alert to be safe. In recent times, it seems motorists have become more accommodating in their attitudes towards cyclists, revealing what appears to be a reduction in radical anti-cycling zeal. This could be the result of the mass propaganda aimed at drivers to “share the road.”

Alternatively, perhaps cyclists have started to comply with traffic laws at higher rates. Whatever the case may be, it seems the roadways are becoming a safer place for cyclists and motorists alike. The point is cyclists and motorists must share the road. If we are going to create a safer community, we have to get away from the idea of “us” versus “them.” Cooperation works better than confrontation. It is time to ditch the fist (or finger) for a waive.

The Denver bike Accident law firm of Bowman & Chamberlain, LLC, provide this information because we want people to have a good time at Tour de Fat but we also want people to be safe. Part of these measures include caring about and working towards safety in the community. For more information, contact one of our bike accident lawyers at 720-863-6904.

Follow these simple precautions and you’ll be well on your way to having an awesome Tour de Fat. Now that we’ve got that out of the way, it’s time to dust of your tutus, bedazzle your cruiser, and cover literally everything with glitter. Have fun, be safe, and always follow your folly!