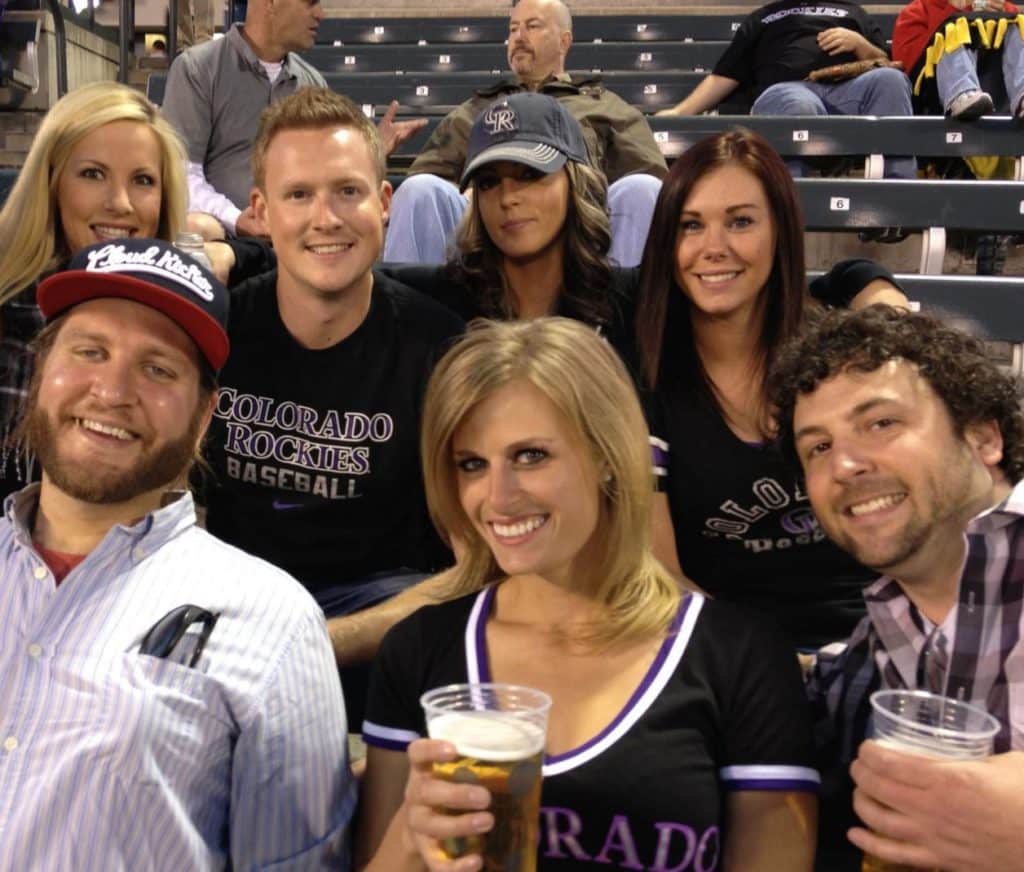 Tomorrow, tens of thousands of people will occupy Denver to rejoice in the return of the Colorado Rockies. Many will celebrate the ‘holiday’ with alcoholic beverages. While drinking in moderation is a harmless activity, people sometimes forget about the dangers of alcohol abuse. Unfortunately, Opening Day is now associated with increased DUI arrests and alcohol-related accidents. Our personal injury lawyers remind readers to be safe!

During last year’s festivities, I witnessed an alarming event. I was walking along 20th Street near Delgany when I heard squealing tires. I turned just in time to see a red Ford Camaro strike a pedestrian who was legally in the crosswalk. The victim was thrown face-first over the car, causing him to strike his face and body against the hood and subsequently the concrete. When his body crashed into the concrete, he tore his skin in many areas.

As the victim laid on the concrete, the driver exited and started screaming. As I got closer, I could detect the sound of slurred speech. His eyes were also extremely bloodshot. I looked inside the vehicle and noticed a passenger who never even took his seat belt off. By the time the light turned green, a crowd had gathered. Seemingly realizing the gravity of the situation, the driver returned to his vehicle and put his turn signal on to indicate he was pulling over. As his path opened up, the driver sped through the intersection and fled from the scene. A witness had recorded the events. Within an hour of the incident, police had arrested the driver on a handful of misdemeanor and felony charges. The victim ended up seeking medical treatment and was able to process a personal injury claim through the at-fault driver’s insurance carrier.

Opening Day is a great event in Denver. Unfortunately, too many people consume alcohol and get behind the wheel. There are a few things to keep in mind when celebrating tomorrow. Regardless of the type of alcohol being consumed, alcohol delivers the same effect. A person who consumes 6 ounces of wine receives the same amount of alcohol as a person who consumes 12 ounces of beer or 1.5 ounces of whiskey. Alcohol interferes with a person’s coordination, driving skills, and judgment because it impairs vision, judgment, muscle coordination, and other critical skills necessary to engage in any complex activity.

It is not necessary to forego drinking tomorrow. If you drink in support of America’s favorite pastime, Bowman & Chamberlain, LLC, would like to offer the following tips:

Of course, even with precautions, some people will still get behind the wheel of a car having had one drink too many. Hopefully, the worst thing that will happen is that person ends up in jail for drunk driving. Don’t let the temptation to drink and drive spoil the Rockies opener. Even a small buzz is considered impairment.